I recently discovered just how much I enjoy photo restoration, that is,  restoring treasured images of family members.   I am excited to offer this as a new service in my business.  In September 2008 a women approached me and pulled a small wallet sized photo from her wallet.  “Can you do anything with this”  she ask almost apologetically, “this is a photo of me with my girls, I have had it is my wallet for 13 years. ”  I looked at the dis-colored, faded, orange spotted photo of years gone by and ask if I couldn’t create a portrait of her with her daughters now.  “No she replied, we want this photo”.  I can do it, I told her, and I took her tiny treasured  photo with me. 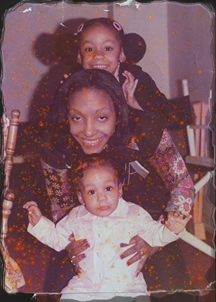 Weeks later I called Joanne to see a 16×20 full sized proof of the restored portrait.  She was delighted and she ordered

three 16×20 portrait canvases, one for her and for each of her girls.  Joanne flew to

New York to deliver her Christmas gifts to her daughters in person. 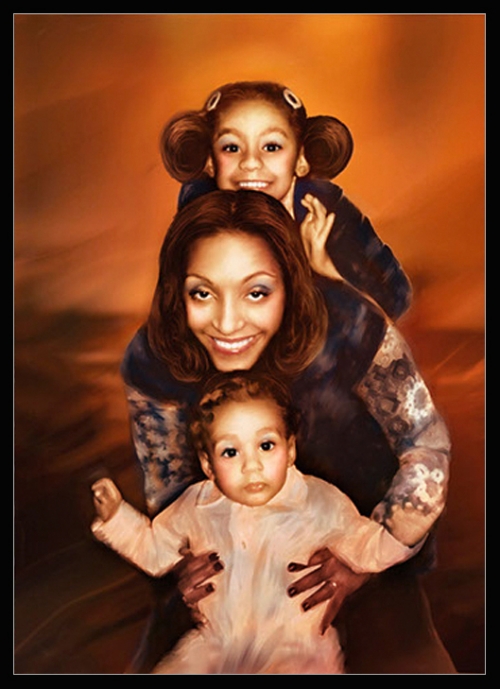 There was great excitement and tears at the unveiling of the portrait.

It was the treasure of her family she knew it would be.

George saw my work while displayed at the Athletic Club in town.  He decided to commission a portrait of his

daughter and her year old daughter – both of whom he adores.  After seeing the beauty of this portrait,

he wanted a portrait of his wife.  She had not yet consented to have her portrait created at the time

I had Christmas dinner in their home.  At the end of the evening, however, Barb said to me,

“I don’t have any good image from our wedding 22 years ago.  Can you do something with some of the

images I do have?” I left with their album andthe one 8×10 she had of this very special day.

After careful scrutiny, I selected the above image

because I loved her expression and beauty. 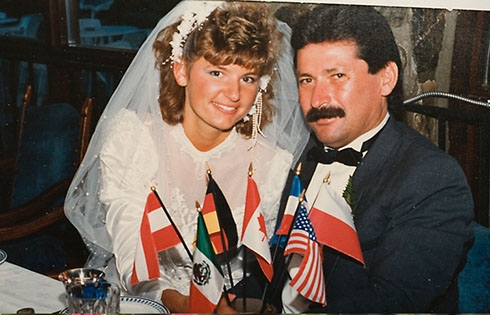 The photo was challenging as most photo restorations are 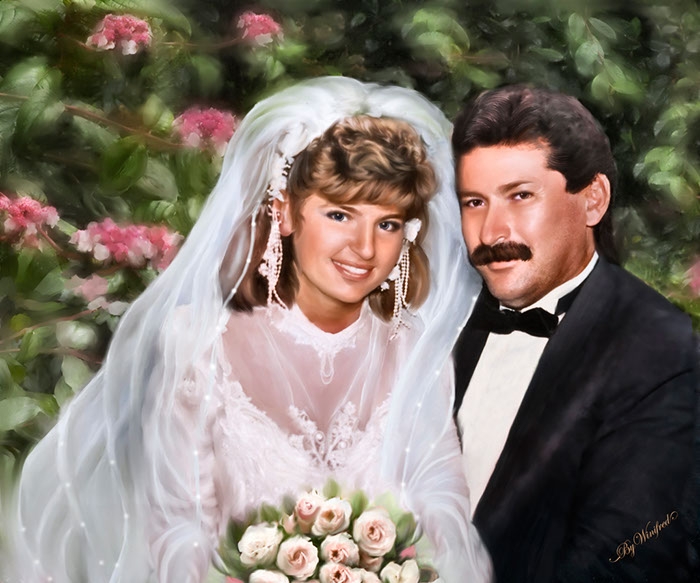 This is the final restored photo

It was mid January.  I called George to view the image on my computer.  I suggested that if a woman chose

to have a wedding portrait as her special portrait after 22 years – perhaps it would be a great Valentine’s Day gift for her.

George agreed and added that he had proposed to her on Valentine’s Day.  I love it when I get it right!  He then told

the restored and enhanced portrait presented   to her.  It was a  perfect plan.  I had the portrait printed,  framed and ready for its debut.

I was in New York for this Holiday but I checked in when I returned.  The tears had streamed he told me.

It was the perfect gift. They were happy and so was I.

Not all restorations are from old photos 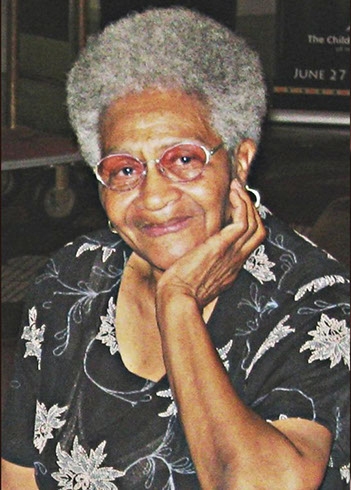 Image taken with a cell phone which would be restored

This image was taken with a cell phone when Alice traveled to visit her mom.  Although the image quality was very poor,

Alice loved her mom’s expression and decided it was an image she would like to have corrected, enhanced and preserved.

I loved the idea of restoring a special portrait of Alice’s mom. 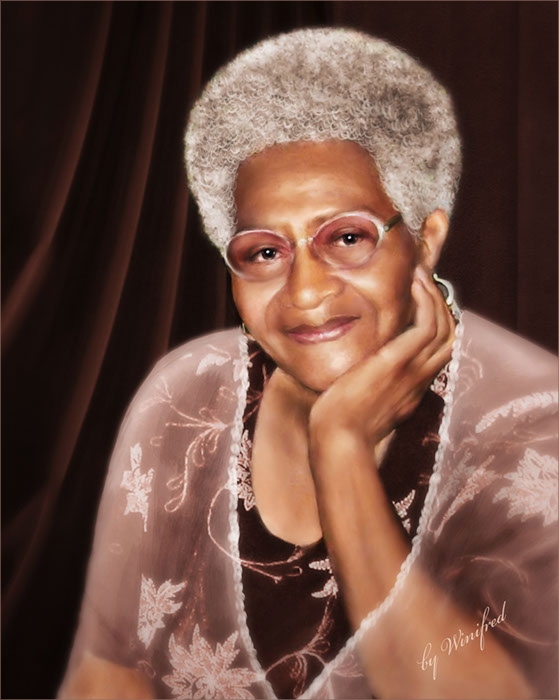 No doubt each of the siblings would want such a restored photo also.